Last year, I noticed a race in the Lakes called Le Tour de Helvellyn. It’s a 38 miler that is held on the shortest Saturday of the year. I couldn’t do it last year as I couldn’t work out how to arrange the transport without it costing a small fortune. A little while ago when I was on the way back from the Yorkshire Dales I popped in to see my good friend David Miles. 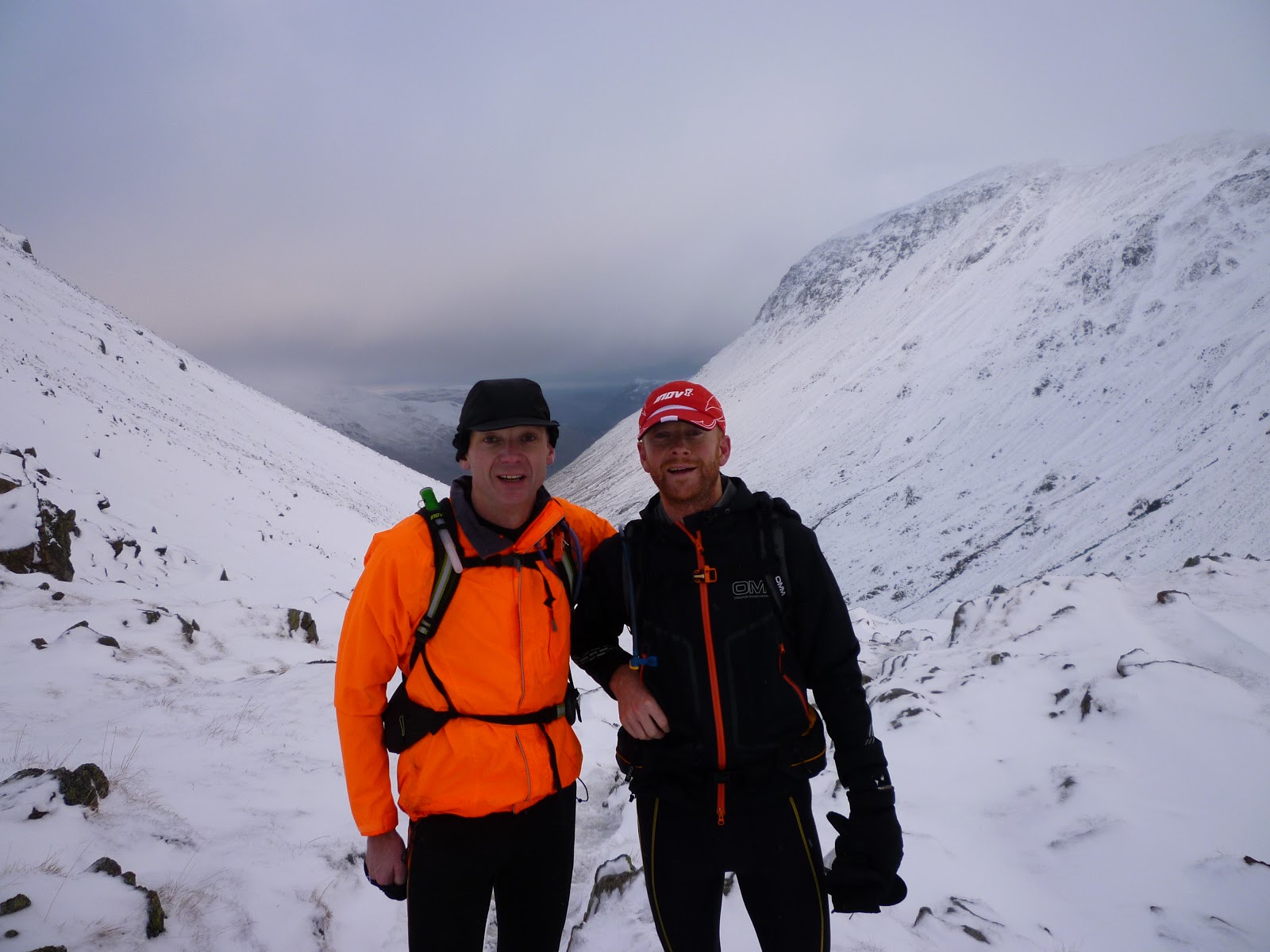 Not bad for a steady day out in the hills. I felt pretty good and was met by Lou who was waiting for us. The soup was as good as I had imagined. What a stunning day it had been.

This was my first real experience in the Lakes midwinter and I had been blown away by the beauty. Dave and I will most definitely be back again for this one. Whether I have it in my legs next year after Trans-Europe though is another question!
Next is Christmas. I plan to do nothing except for an attempt at the northern 96 miles of the Offa’s Dyke footpath which is a Trailblaze, supported by Lou. Could be fun!

One thought on “Winter Wonderland!”