Ultrarunning is a beautiful sport. Obsession, passion…? Call it what you will, but I will 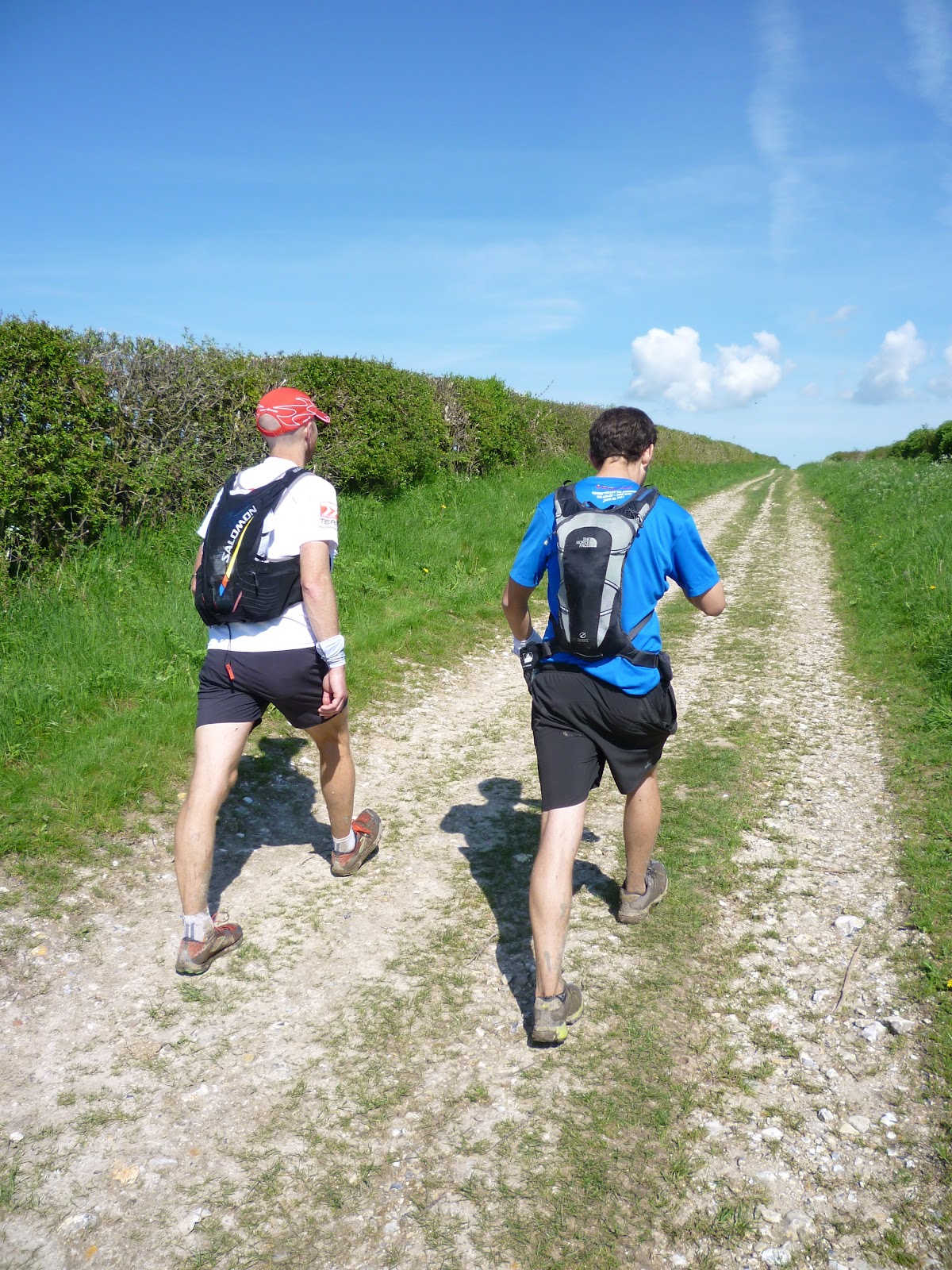 always argue that it is beautiful. I could list off a few reasons to back this up, but the reason I started a post with it is because of my recent adventure on the South Downs Way. At the end of my post from my initial attempt on the SDW, I asked if anyone was interested in joining me for one of these trips, as I know there are many people who are capable of it, but will probably never experience it out of the race situation. James Elson responded that he’d love to do the SDW in one hit. This was perfect as I obviously had to return to complete the task and James knows the SDW pretty well as he has spent a fair amount of time there. He also is the RD of Centurion Running who are one of the most professional race organisers in the country with the SDW 100 being on their portfolio. Although James was familiar with a great deal of the trail, he had never ran it in one go, so it would be a new experience for the both of us.
So why beautiful? Well, it’s just that we had only ever met very briefly at the North Downs Way 100 last year. Me as competitor and he as RD. We didn’t really speak but he seemed like a really nice guy. When he contacted me, I didn’t even consider that this wouldn’t work. I knew that he was strong enough. All I was concerned about was whether we could find a date to squeeze it in. Thankfully this was a fairly simple task and that was that. It was only once it was all set up that I considered the fact that we barely knew each other. We were going to run, just the two of us, all through the night for around 24 hours with no escape from each other through the ups and the downs, physically and mentally. This is why I say beautiful. I was positively excited by the prospect. I couldn’t wait to have someone with me who I would certainly get to know fairly well, through the incredible experiences that would unfold before us. This would be a new experience for me too! 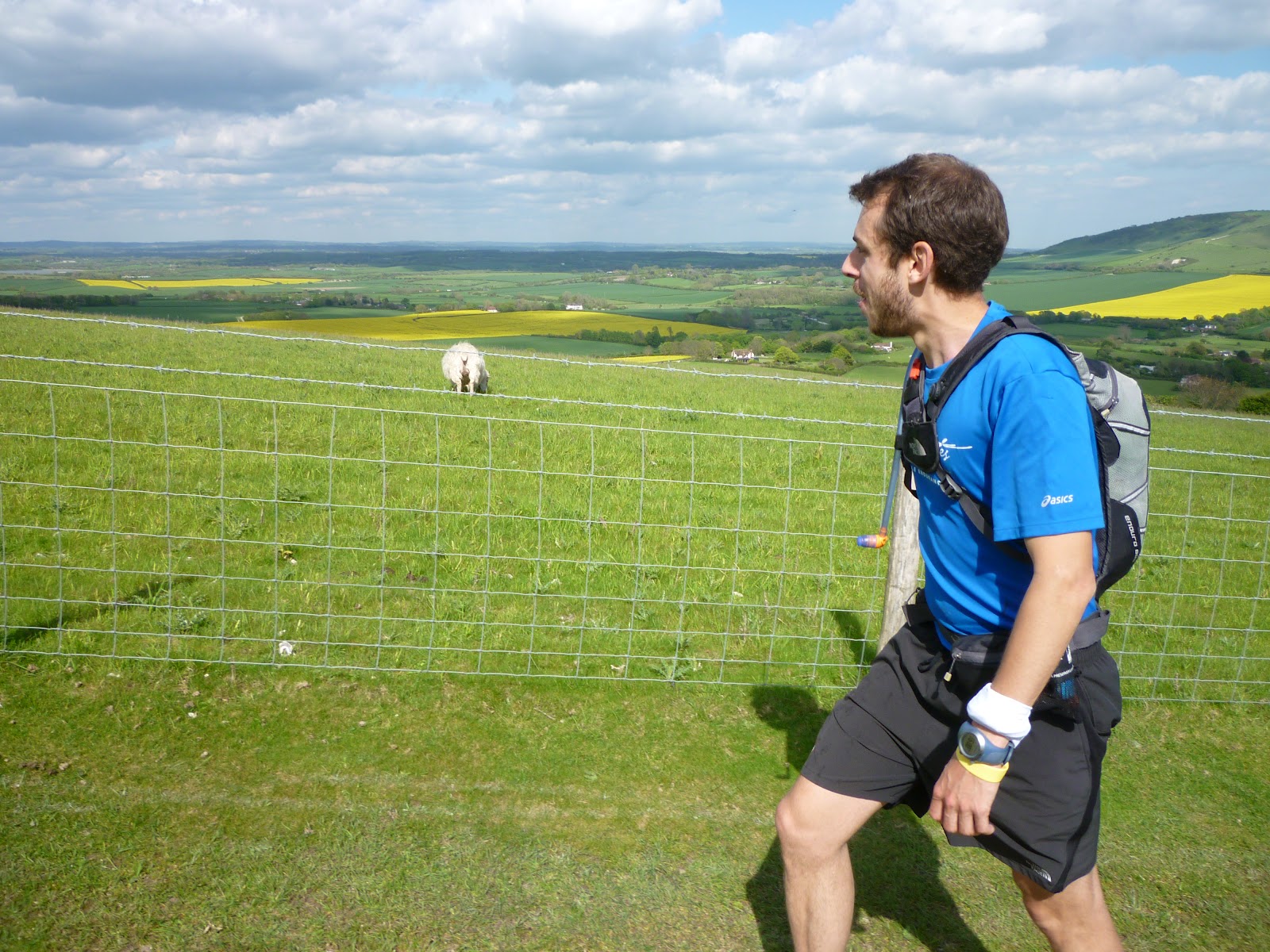 My time surrounding this were as follows: Two weeks before I would race the Fellsman, followed the week after by the Endurancelife festival. The week after I would be in the Lakes helping Alpine Oasis with their Keswick running holiday. The week after this I had no plan, then the following week was the Hardmoors110. This is a 110 miler that follows the whole of the Cleveland Way. This is a real busy schedule for me and felt like any more would be too much and would open me up for injuries and not enough rest time. Needless to say if you are familiar with my rest discipline, you will probably have guessed that between each of the weekends I would be focusing intently on doing nothing. James was doing the Highland Fling five weeks before and Comrades in South Africa three weeks later so he also was pretty stacked.
James was in Swindon for the Trail Runners Association AGM the night before so I caught 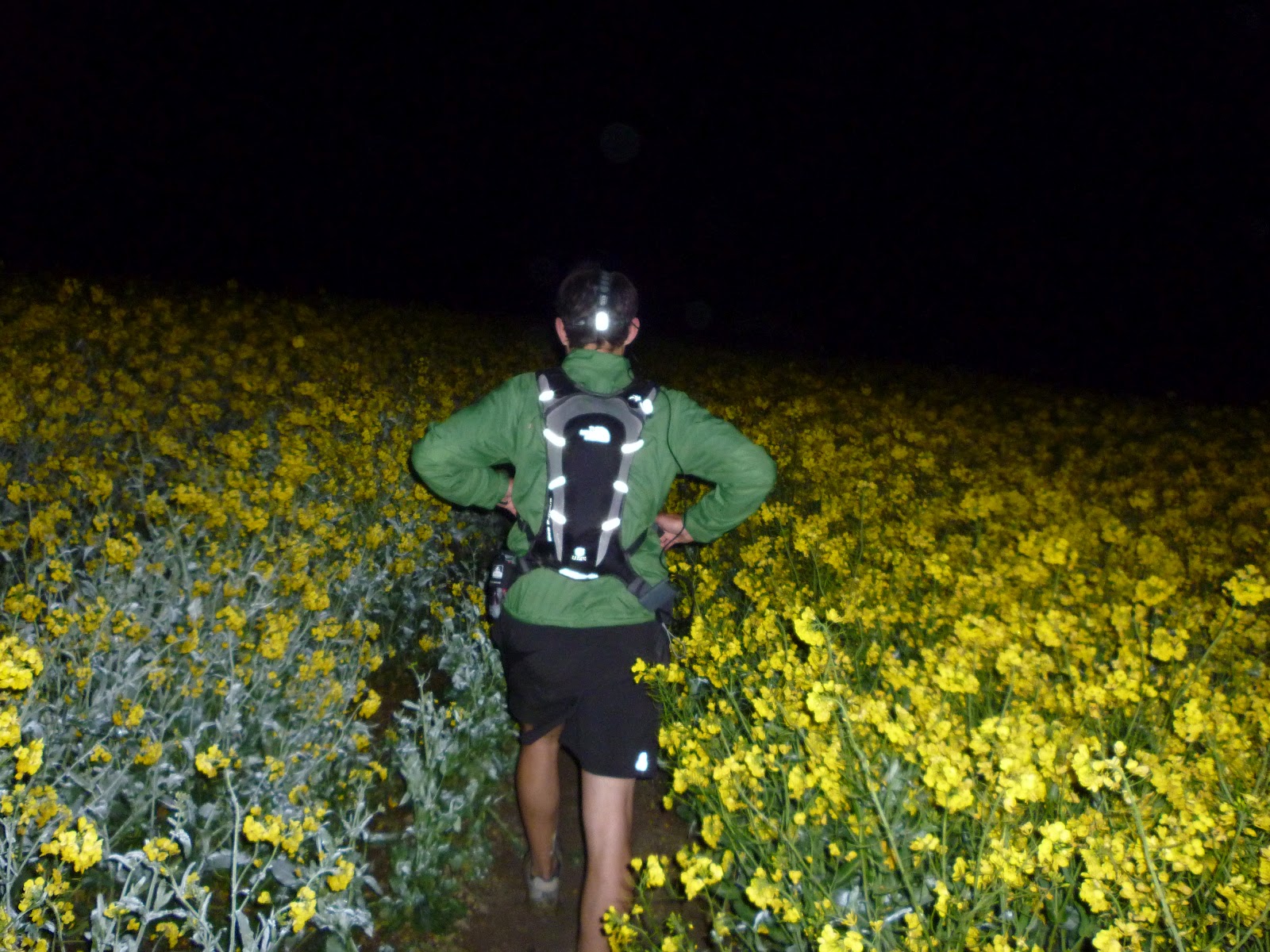 a train to Swindon in the morning where James was waiting for me in the car park. The drive down was pretty straight forward and was good for us to get to know each other. I was determined to really try and survive on a minimal carbohydrate diet for a 100 miler, so had bought lots of cheese, chorizo, nuts and Udo’s oil capsules. I had some carbs stashed in the bottom of my bag in case things didn’t work out, but this was strictly emergency only. I found it hard in the race situation to keep off the carbs as every cp table was loaded with sugary carbs that would tempt me and ruin my experiment. There would be no temptation here. 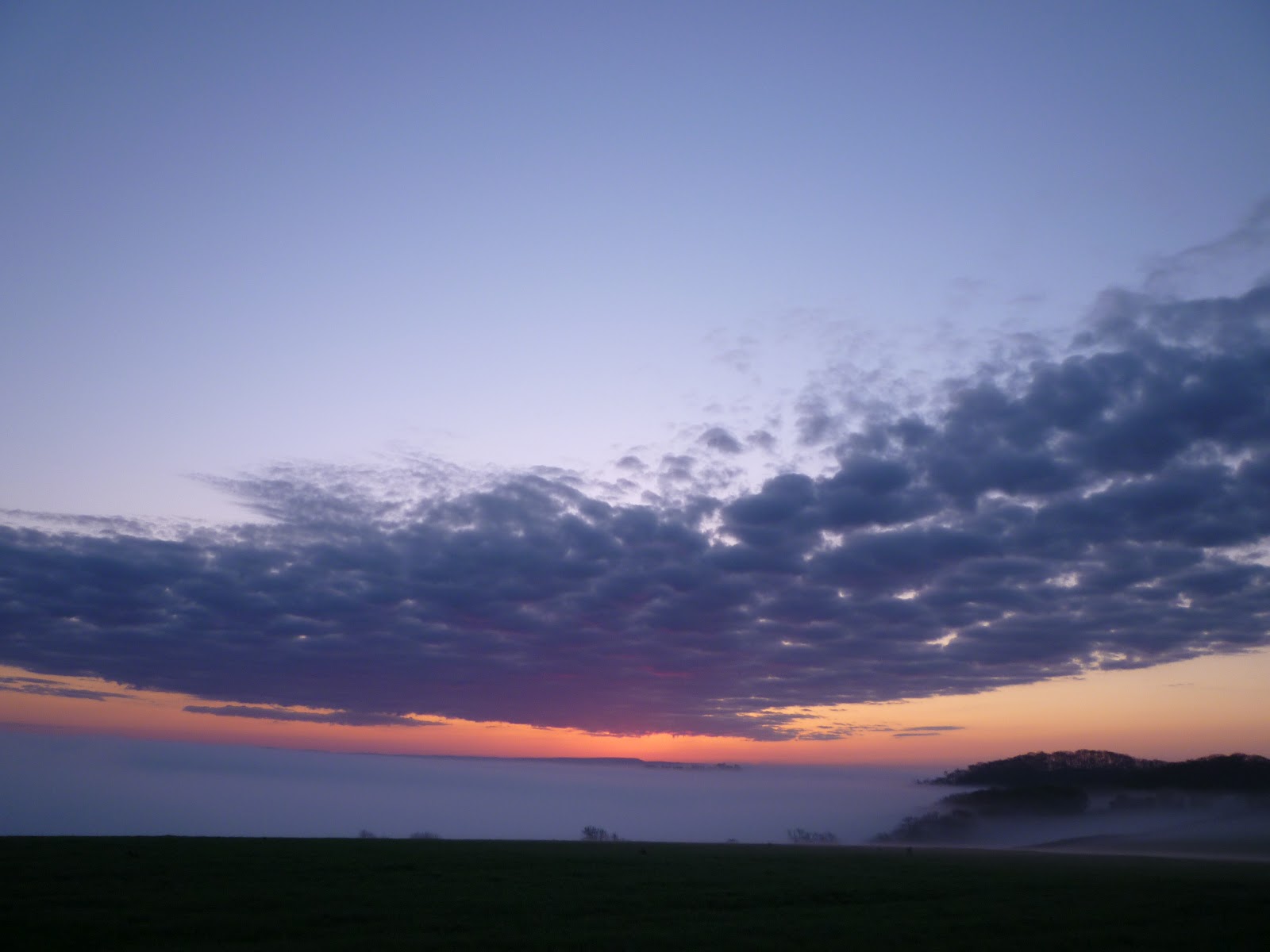 The weather was stunning on the way down to the end of the SDW in Eastbourne and we were both getting excited to be getting started on our venture. The forecast was dry for the period we’d be running which would be fantastic if true. There had been a tremendous amount of rain in the last few weeks so I was fully expecting for it to be a bit of a mud-fest underfoot. We soon arrived in Eastbourne and made our way to the end of the trail. We looked around for place to park and noticed that there were spaces at the very end of the trail. A car pulled out and we were in. metres from the first post with the Trailblaze dibber on it. The car could also stay there overnight for free! Excellent! We sorted ourselves out and within 10 minutes we were at the finger post, me with the dibber in one hand. I pushed it in till I heard the beep that signified the beginning of our adventure. I quickly started my Suunto before pocketing the dibber and we immediately begun walking up the steep initial climb.
It was a truly beautiful day, and I was expecting the wind to hit us once we crested the hill 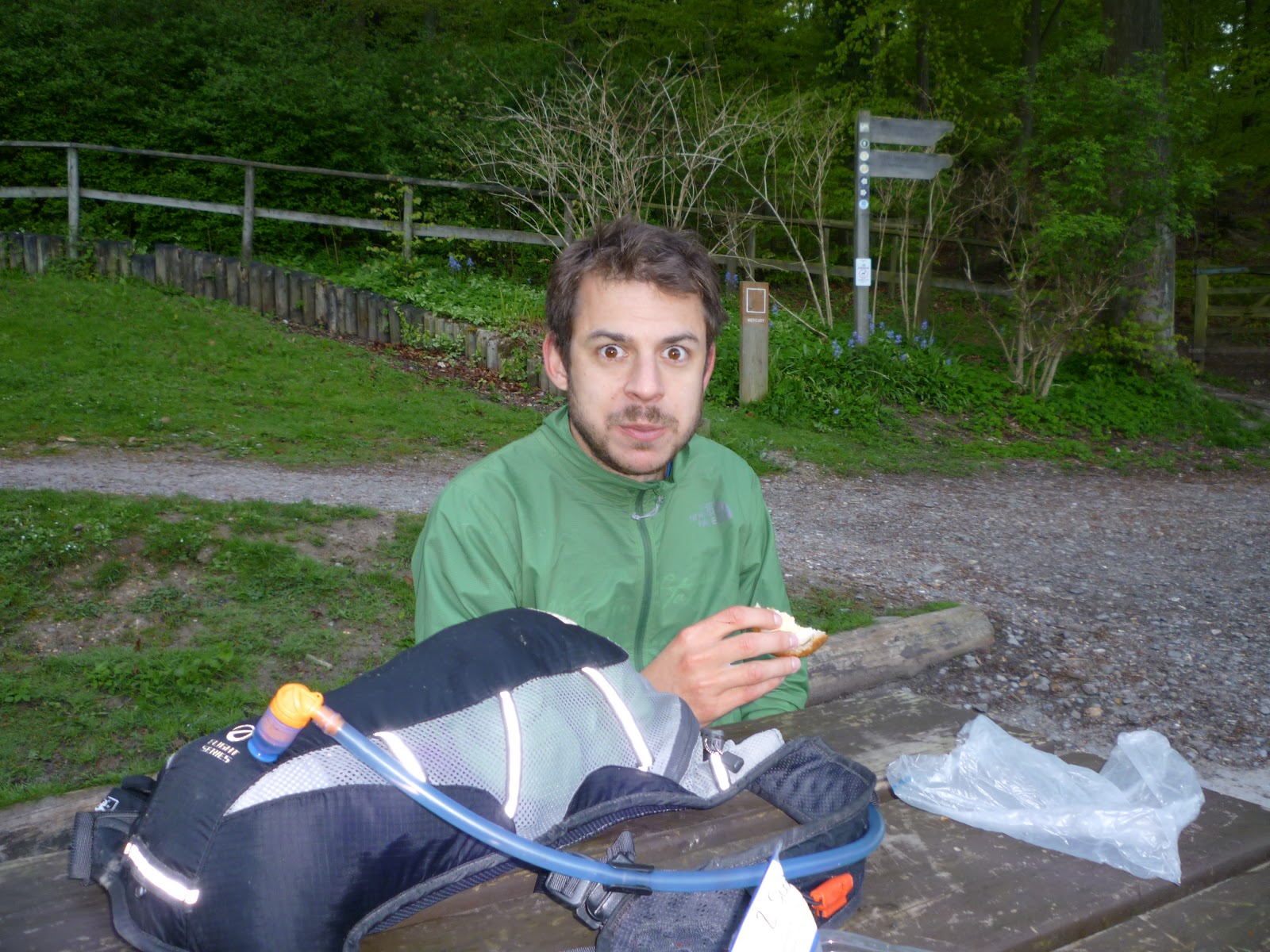 but there was just a cooling breeze! I recalled to James the fact that last time I did this it was almost totally pitch black at this point yet here I was a couple of months later and it was before 1400. There were 6-7 hours left of light. We will be travelling much faster than when I was solo for a few reasons. We pretty much knew exactly where we were going between us, it was light, plus being evenly matched speed wise I was expecting us to motivate and keep momentum going. We hadn’t brought a map as so would not be spending time constantly keeping an eye on our progress. 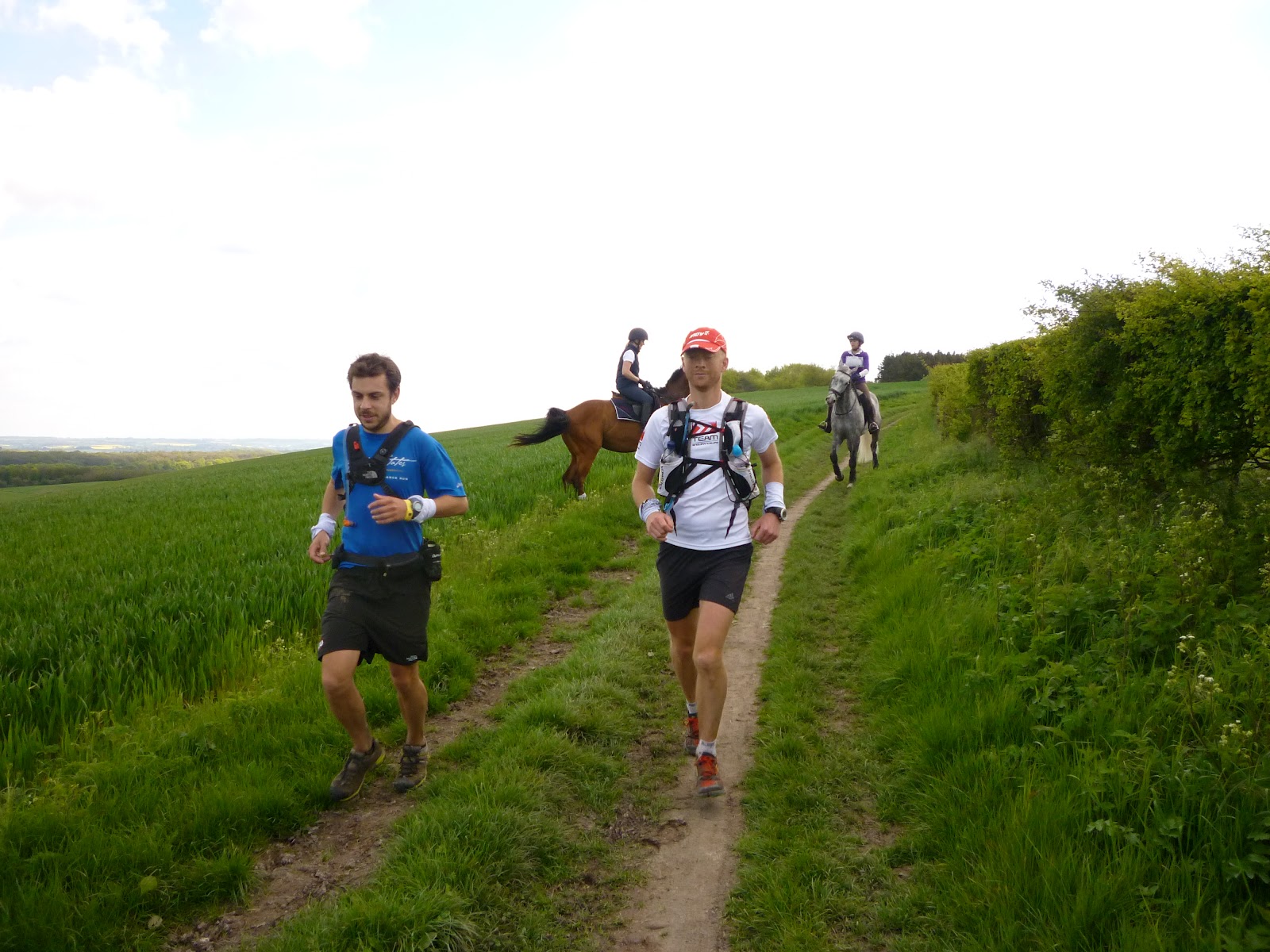 The cliff tops were very busy with people out enjoying the weather, and the views were just incredible all around. We soon passed the house converted from a lighthouse, and before I knew it we were dropping down to Birling Gap. We were nearly two minutes quicker than before at the dibbing in point. We didn’t stop and kept going up the slope that takes you back up to the cliff top. The next section was along the rolling hills of the Seven Sisters. This was tough but a fun section to run. All was good and we were chatting loads getting to know each other better with each footfall. Soon we turned inland and soon crossed the road where the next dibber was. We were now over 4 minutes quicker. We both were feeling good and seemed to be hitting our stride nicely. It just so happened that we both seemed to be a pretty even match. This could make for a swift day! The stiff little climb up to the woodlands got me sweating reminding me to drink, which in turn reminded me to eat something. I pulled out my bag of cheese and had a handful before washing it down with some water.
It was nice to be in the woods. We always kept moving and would do so until forced to slow through tiredness. As mentioned before, if we were evenly matched then we could operate well as a team, but if this didn’t work, or if one of us sustained an injury or had an exceptional low point thing could really slow down and become tough. One advantage of moving alone is there is only yourself to go wrong. No frustration at anyone else, just yourself. So far so good. I learnt that the South Downs Way held a place in James’ heart. This was his favourite running spot. I personally prefer something more dramatic and craggy, but today the South Downs way really living up to James’ high expectations, with beautiful views for incredible distances every step of the way. The beauty was inspiring.
Next up after a load of woodland singletrack running was the village of Alfriston, the 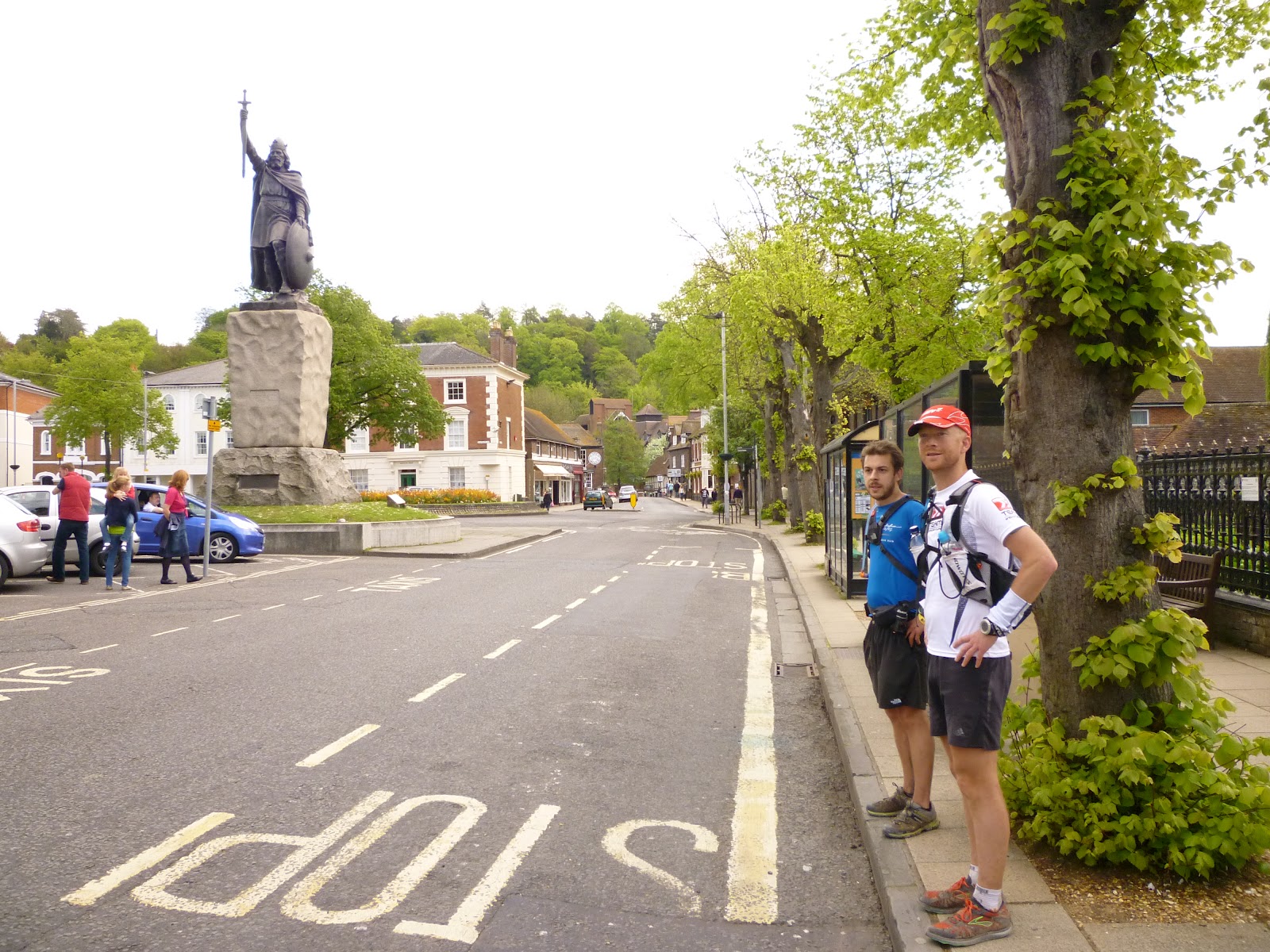 It has taken me ages to get this report finished, but that has given me lots of time to reflect on the adventure. It was a fantastic day that I am really glad to have shared with James. James and I worked together faultlessly throughout the day which is what I suspected beforehand even though we barely knew each other. Our time of 21:20 shows just how effective a team can be compared to going it alone. They are still very different things though. I love to race, I love to do my solo sessions, and now I love to run as a duo. They all add to the experience.
Now I must get this posted and then begin my report for the Hardmoors 110 race I took part in last weekend. Blog backlog again!
Happy running people.