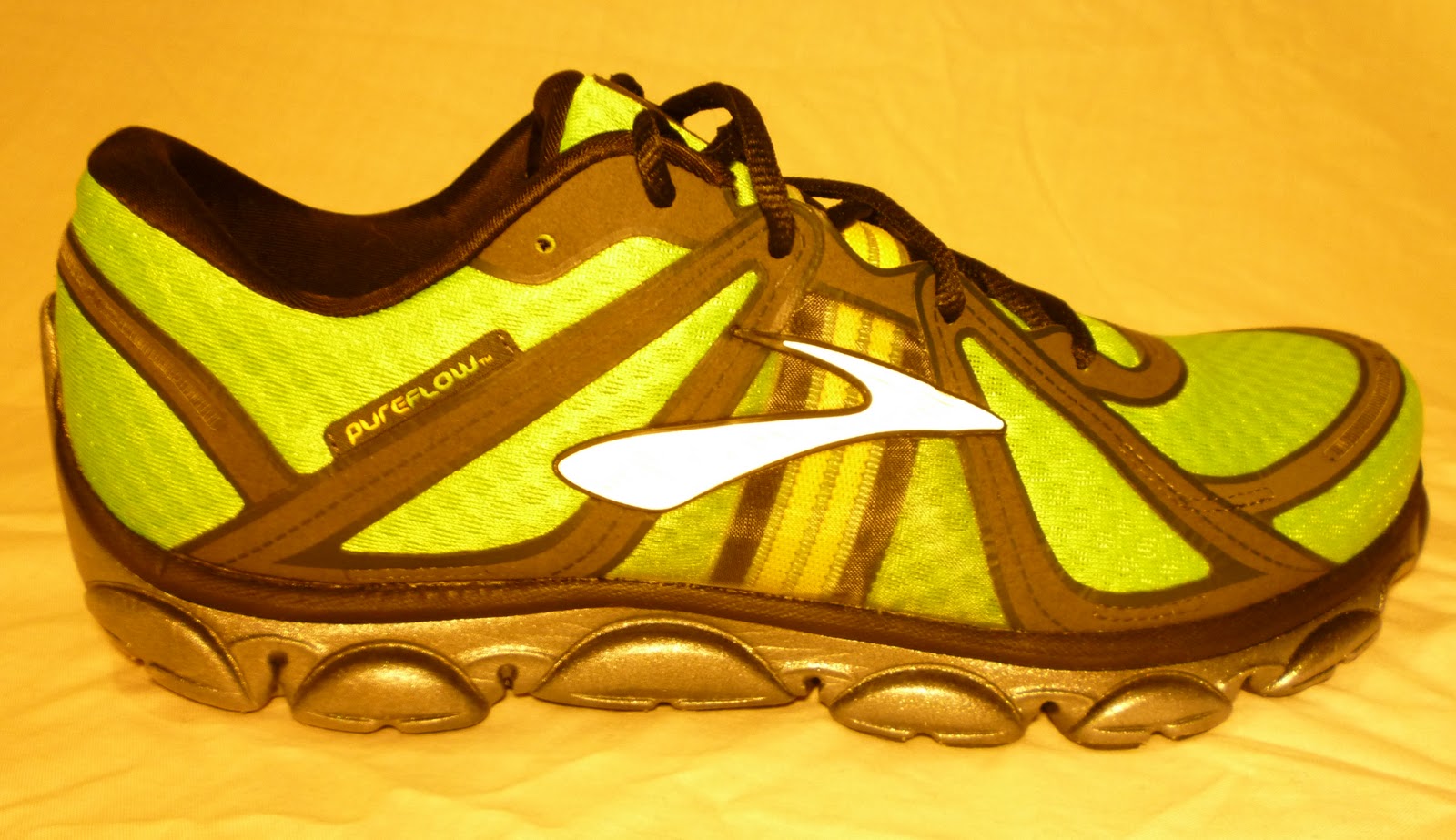 I first heard about the Brooks Pure Project line of shoes around April time last year and was interested due to them being lightweight, low-profile and in bright colours! I kind of forgot about them till November when I was in a local running shop and there they were. The pulled me in for a closer look and before I knew what was going on I had a pair of the Connects on my feet which are the lightweight, racing model. I needed to go half a size up from my normal 9 to get a good fit, but wow, they felt great on the feet! I was told to jog up and down the corridor outside to see how they felt, and I couldn’t believe how smooth the heel to toe transition was. Needless to say that I walked out of the shop with yet another pair of shoes! After a couple of months use I realised that although I’m comfortable running 20 mile in them, I’m aware that later this year I am taking part in the Trans Europe race which will need more cushioning for my feet to add a bit more comfort (or minimise the discomfort!). So seeing as I was so happy with the Connects, it made sense to look to their beefier brother the Flow. After a whole load of hunting around and phoning and emailing various shops, I eventually found a pair and purchased them. When they arrived I pulled them out of the box and was happy with the weight being a very reasonable 247g. This is only 43g heavier than the incredibly light Connects. Another thing was the midsole that felt like a really soft and light foam. It certainly felt a great deal more substantial than the Connects. 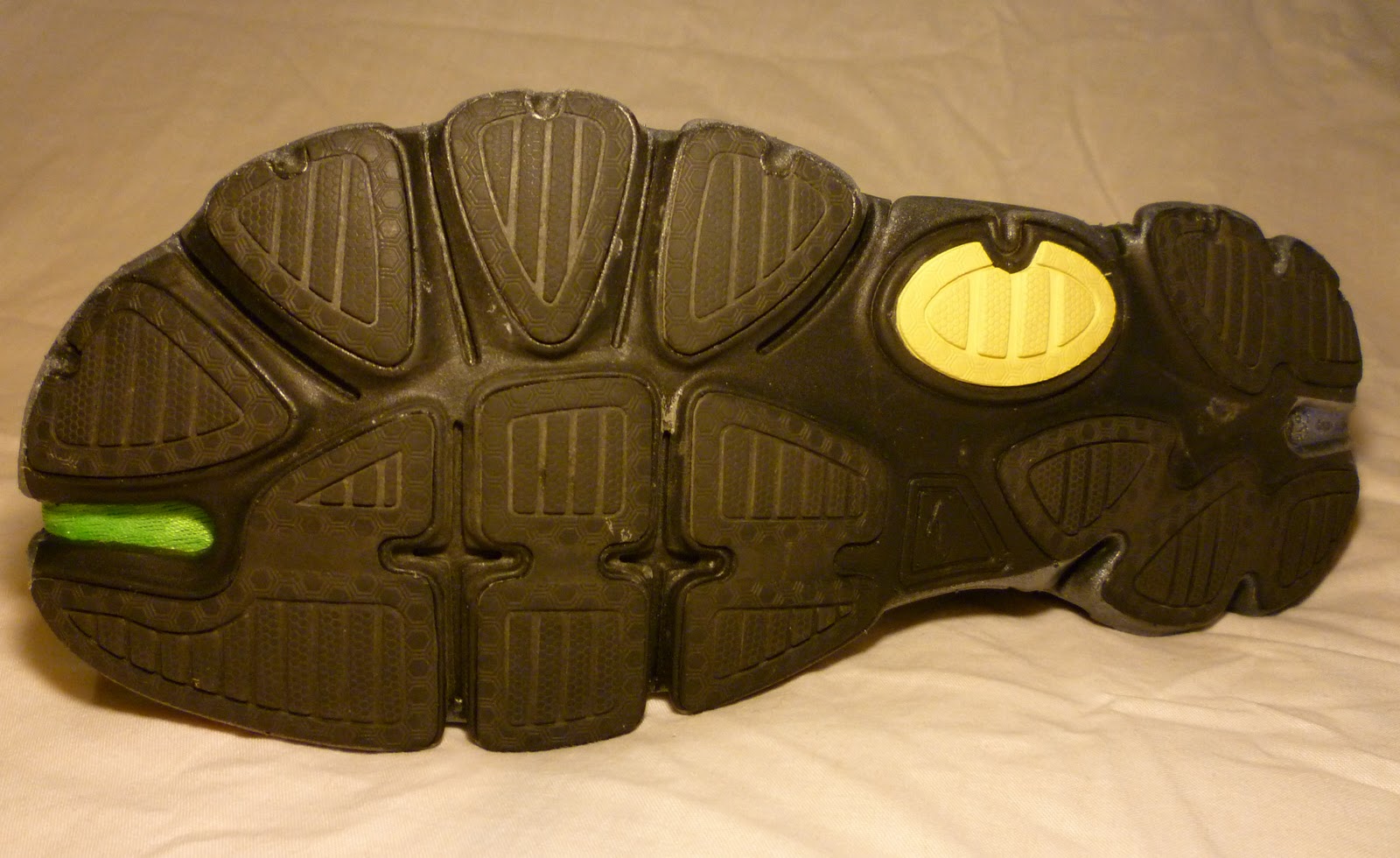 The upper has similar build characteristics as the Connects being made using a large mesh underneath with a fine mesh over the top giving fantastic ventilation and comfort but also preventing small stones from entering. The tongue was a pretty chunky but incredibly soft feeling affair. It is non-gusseted but always seemed to stay central. There is also a novel feature here, the Nav band. As Brooks states :

“This flexible band wraps over the instep and comfortably keeps the foot in the right position. Its dynamic flexibility provides just the right amount of reinforcement and adapts to individual foot shapes and sizes.”

I have found that the Nav band actually is just a piece of elastic that is a little too loose for my feet which I consider to be pretty average in width so is redundant. I have heard other people reporting the same issue. It’s a shame as I’m sure it could have been made tighter and still been comfortable for people with wide feet. 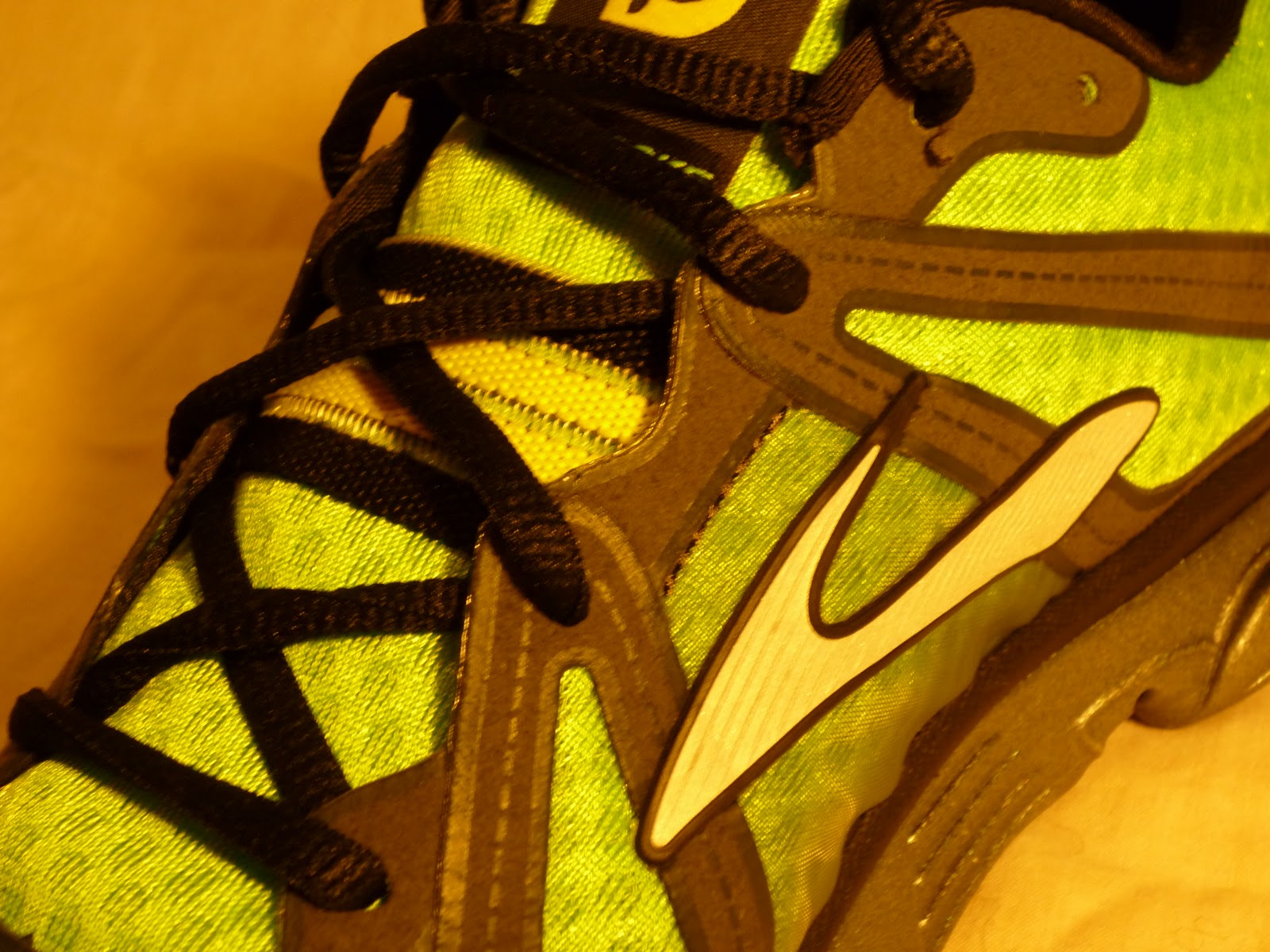 There is a pretty solid heel cup at the rear that is lined with just the right amount of padding to make it both comfortable and secure. There is also some extra structure for the toe box that would give your toes a little but not much protection. Perfectly adequate though.

Over the top of the fine mesh is a ‘skeleton’ that links the eyeholes to the midsole at various evenly spaced points from the front to the rear on the lateral and the medial sides. This all helps the shoe fit very snug and comfortably around the mid foot.

My final detail is the laces. They have the sausage like shape which is nothing new, but highly effective at keeping the laces tied and will stop them sliding through the eyeholes easily. They are just about the right length too. 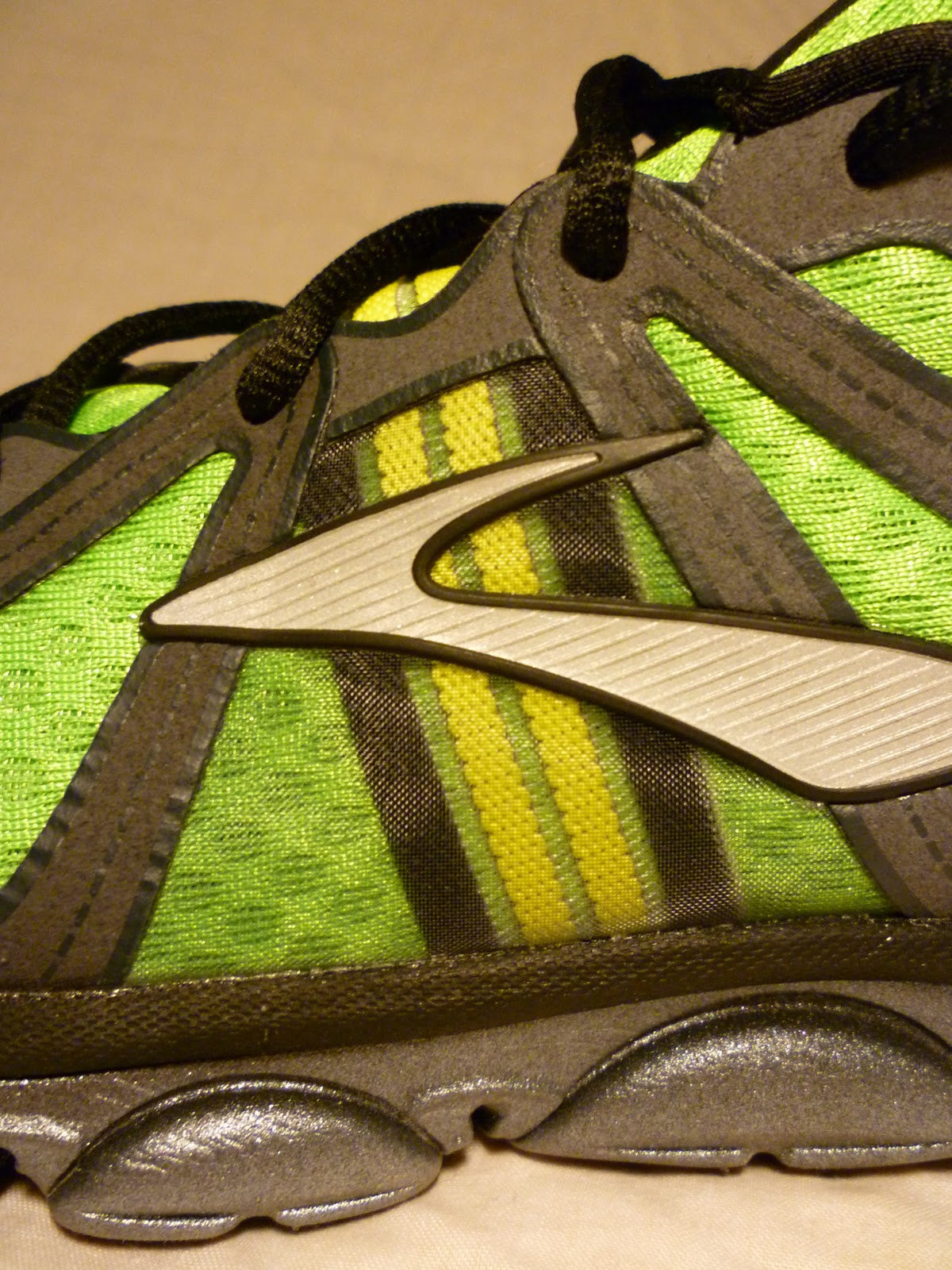 The midsole is constructed using Brooks’ BioMoGo material which they describe as :

“We combined our sustainable midsole technology BioMoGo with our adaptive cushioning system Brooks® DNA. This leads to a lower and lighter midsole with the same energy return. You feel more ground contact and a closer connection to the surface”

The material is a very soft foam that made me think that these would be like standing on marshmallows once I got them on. As we get lower down on this shoe we begin to see some really interesting features. The split toe at the front is a slit that is about 3cms and goes right through the midsole and outsole therefore exposing the upper from below. This is supposed to enable the large toe to have some independence from the others, therefore letting your body act more naturally. I will discuss this later. If we now look at the other end of the shoe we see the ‘Ideal heel’. This is a concept that is making it’s way onto a few other shoes. It is simply not having a sharp edge at the rear of the outsole. It’s as though they have been rounded off with a belt sander. This is a simple but great feature that moves the ground contact point forward so giving you a smother, more natural stride. Again, I will speak about this later. 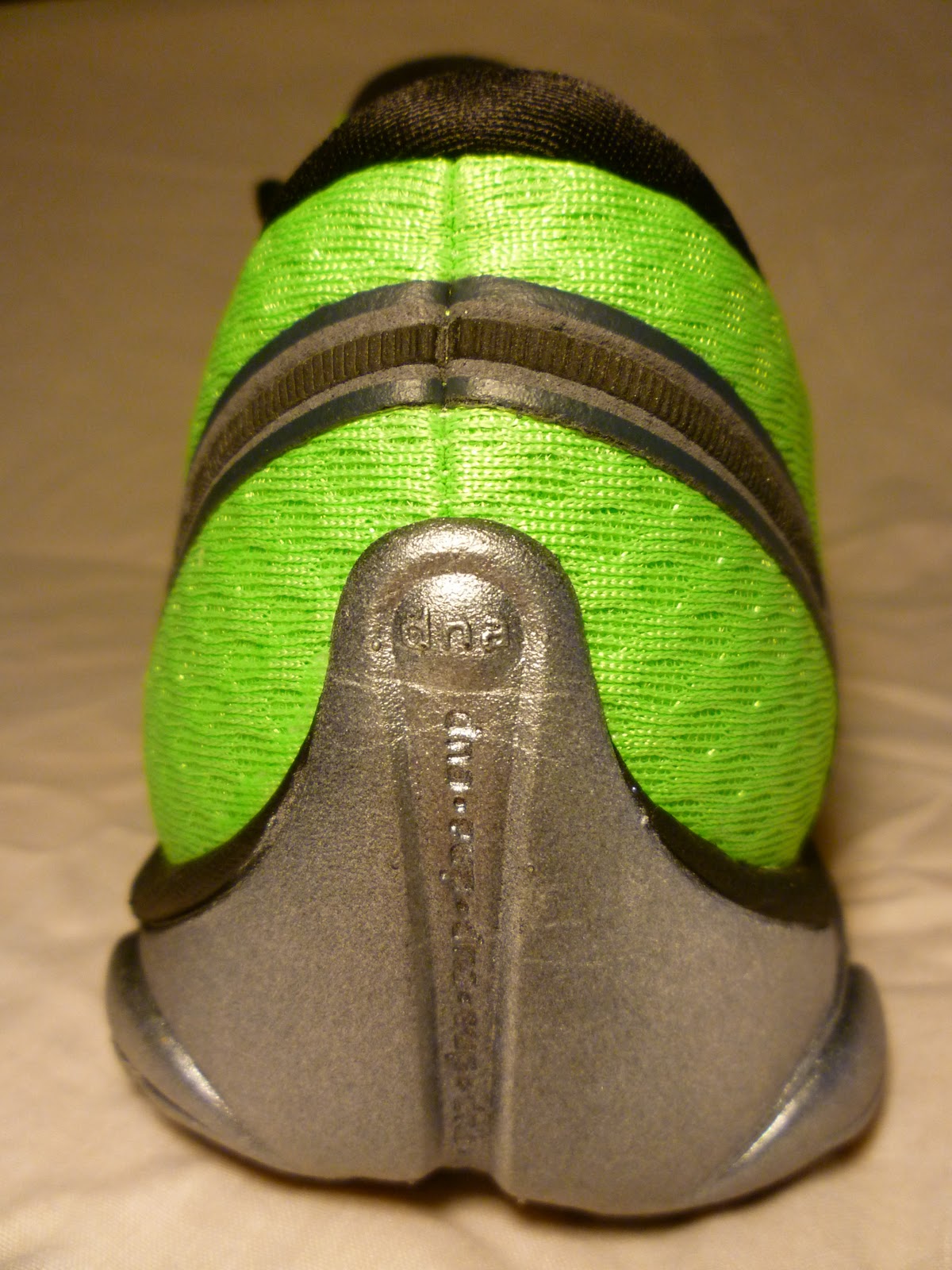 The midsole is exposed underneath due to there being just patches of outsole attached at the key wear points. From my experience there is easily enough outsole and it is in the right locations. There is of course the aforementioned ideal heal and the toe flex, whose effectiveness will be discussed later.

These shoes aren’t featherweight but as a high mileage shoe which is what I intended them to be their weight is fine. They only have four eyeholes, but this provided a very secure comfortable feel when tied. I also really like the ‘sausage-like’ laces that don’t come loose too easily. The last is termed an ‘anatomical last’ by Brooks and it really did feel like a fit that I could wear all day. The toe box is a very pleasing wide fit that my foot thankfully could splay naturally out into but would not slide around in. There is also the important to note feature of the 4mm differential between the heel and the toe. The heel being 23mm and the forefoot 19mm. I should add here that if you are not used to this little amount of differential then be cautious and only do small amounts at a time, building it up gradually. I have used low differential shoes for a while and feel very comfortable with them. Walking around in these shoes felt a lot different to the Connects I have. They just felt softer and more relaxed. They also felt as though they provided a little support though still essentially remaining a neutral shoe. This could be handy for really big days when technique becomes sloppy. So how do they feel on the move? Well, I’ve had them for a week now and done eight runs, putting eighty-odd pretty fast kms into them. My feet seem to like them. I usually deal with some pain on the ball of my feet, but felt nothing really this week. The sole is not very flexible but adequate for a fairly natural foot movement. There is certainly no issue with the grip of these things and so far there is no sign of wear. I will add to this once I have put some more mileage into them. The ideal heal really seems like a great thing to me. When my foot swings forward I could really notice the difference the ‘shaved’ away heel makes as my heel wouldn’t clip the floor allowing it to drop in a natural fashion on the midfoot as Brooks intended. I should add that the 4mm differential also encourages a midfoot strike. The feel of the shoe was something I was a little concerned about pre-run due to the soft feel of the midsole which I thought could possibly give an unresponsive ride.  I was very happy though when I started running as it wasn’t as squishy as I thought it would be. In fact, the faster I ran, the better it seemed to get! This is down to the BioMoGo which is supposed to adapt to the pressure of the foot fall. The faster the stride, the heavier the footfall, the harder the BioMoGo feels, giving a more responsive shoe. When I read about this I was a little sceptical, but now I am definitely more positive. 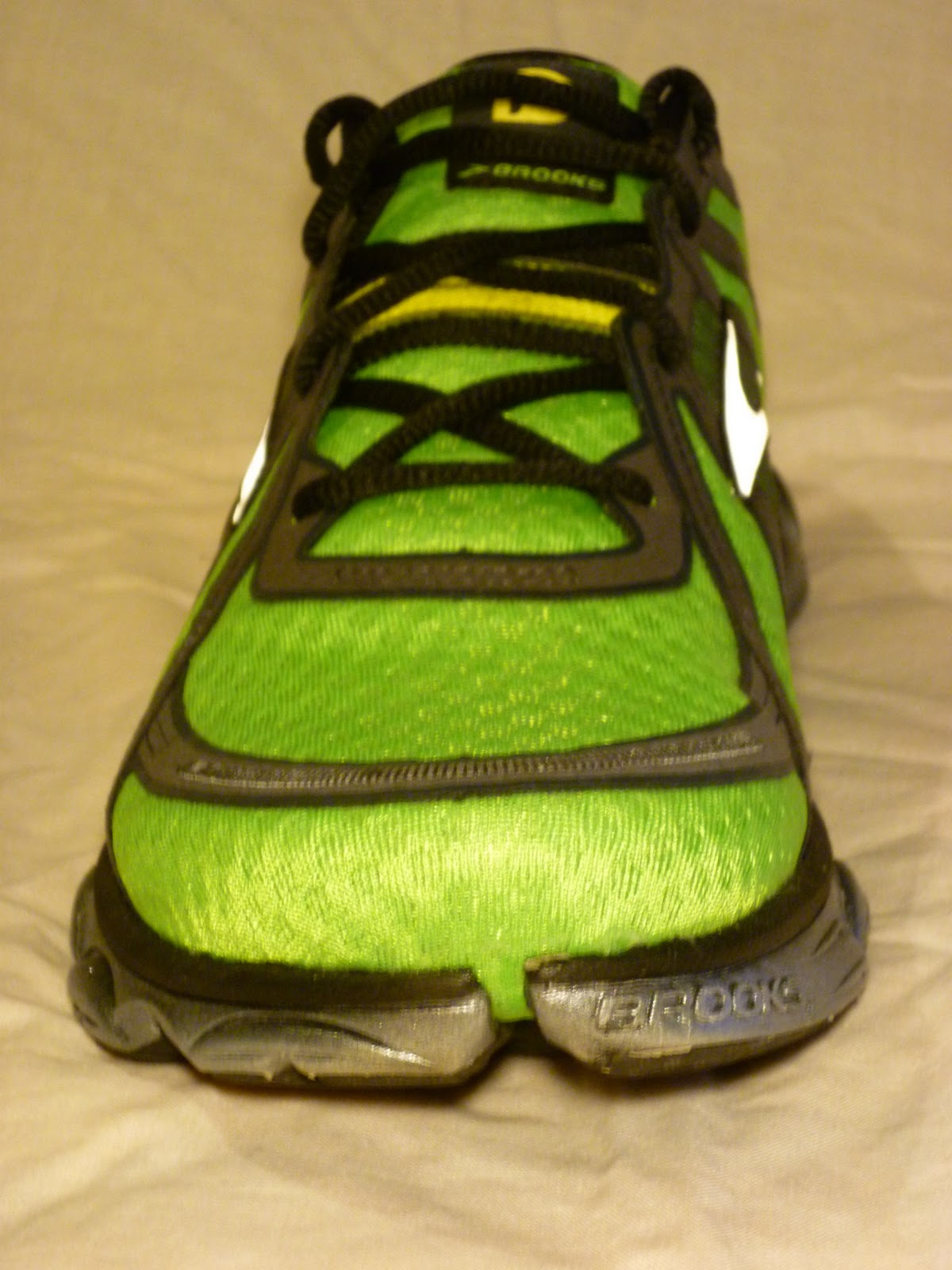 I know I’ve only had these shoes for a little while, but I have put a bit of mileage into them. They are really comfortable and fitted my foot really well with plenty of space in the necessary places whilst keeping a firm hold of your foot. I love the laces which certainly contribute to the great hold and the tongue is luxurious. They are low profile which keeps you nice and close to the ground which is definitely a good thing in my opinion. I personally found no benefit in having the nav band due to the slackness but obviously if you have pretty wide feet then you might get something out of them. The heel was great but I’m still not sure about the toe flex. Maybe I’ll appreciate this over time, but initially there is nothing. These are great looking, really comfortable shoes with a nice cushioned ride but still retain some sense of connection with the road. They are definitely at the top of the list of contenders to be my Trans Europe shoe which is saying something with the amount of shoes I try! I will endeavour to add to this once I have got a few hundred km on them to report on how well they wear. 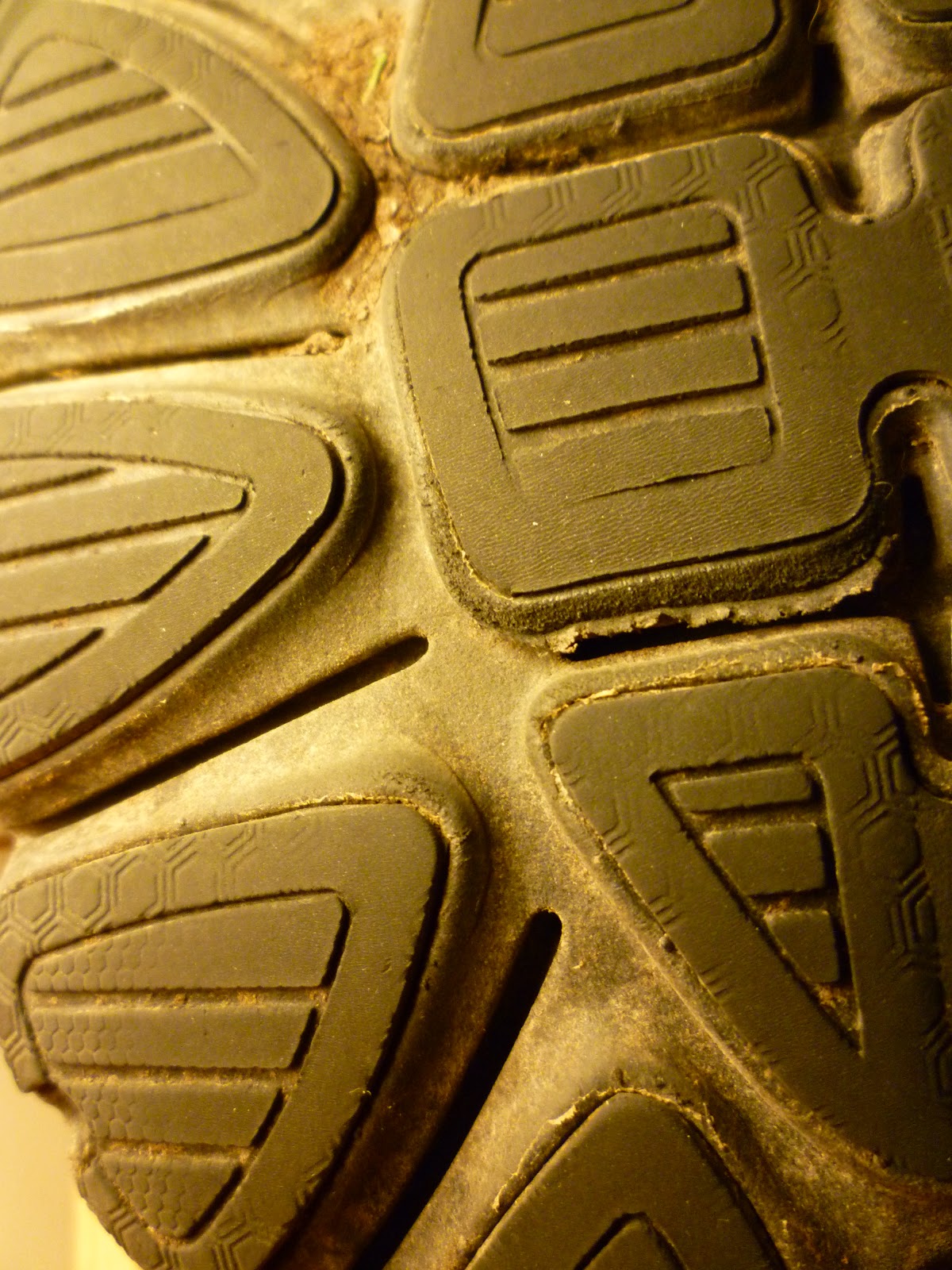 300 plus miles on the Brooks Pure Flow

I have now run over 320 miles in the Brooks Pure Flows and feel that I can now report on their comfort and durability. I have just done three 100ish mile weeks straight out of the box and I have to say that they seem like possibly the comfiest road shoe I have ever worn. Normally after such heavy mileage, my feet would feel really tired and sore, but I have to say that although I’m not feeling fresh (Would be weird if I didn’t!), I am ready to knock out another heavy week if I needed to. I have almost definitely decided that these will be my shoes I will buy at least three pairs of for Trans-Europe later this year. They are light, the tread shows very minimal wear (hopefully the photos show this) and they dry out really quick which would be great for daily soakings in sweat that they will be facing across Europe. They are so comfortable that I would never be in a rush to remove them once I’d finished my run. I ran through some really wet conditions and they felt great providing enough traction to remain relaxed with your stride. The large toe-box is just fantastic and my toes were happy to be able to spread out freely but not slide around. In the last 18 months my shoe size has gone from an 8.5 to a 9.5. I believe the expansion is due not to me having a late growth spurt, but due to wearing shoes that allow my feet to spread and high mileage. Either way, my feet feel better to the point that I feel more confident about my chances of finishing in Gibraltar in October. 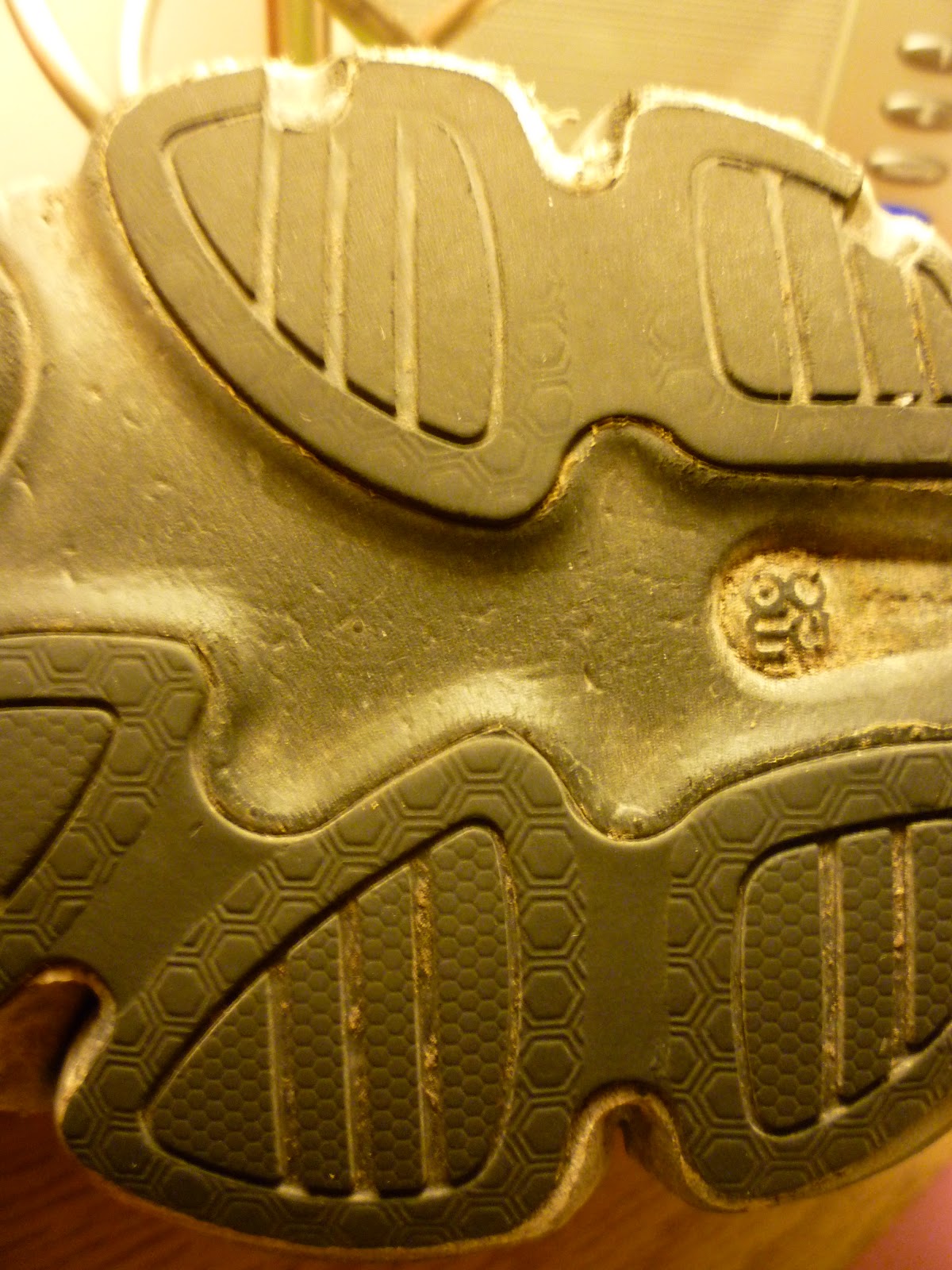 If you want to push out some heavy mileage in luxury without the heavy weight usually associated with this sort of comfort and with a 4mm heal to forefoot drop then this is your shoe. Very highly recommended. I look forward to buying my next pair!